Now reading: Everything You Need to Know About CBN
Share
Next
Reading Time: 5 min 13 sec

Ever since the 2018 Farm Bill, cannabinoid wellness products have multiplied. One lesser-known cannabinoid called cannabinol (CBN) has been getting a lot of attention lately.

However, what is CBN, and what makes it unique? And what does science say about it? Also, many sources claim CBN may aid good sleep, but is that true?

Join us as we answer all that and more as we take a close look at CBN and tell you everything you need to know about this minor cannabinoid.

What Is Cannabinol (CBN)?

Cannabinol is a non-psychoactive cannabinoid-like CBD and comes from “aging”. CBN isn't produced by cannabigerol (CBG) like THC, CBD, and CBC.

Most major cannabinoids are produced by enzymes turning CBG into other cannabinoids. Instead, CBN comes from the degradation of THC.

Meaning, CBN is a byproduct of THC and it usually only forms after the THC is “damaged” or enough time has passed.

CBN was actually the first cannabinoid discovered all the way back in 1896. The discovery was made because the transportation and storage quality of cannabis in the 19th century were poor, and the THC had degraded into CBN.

CBN may have been consumed a lot in the 19th century because of traditionally produced hashish. Hash makers from North Africa made hash by beating the cannabis plant until the kief fell into a bowl.

From there, the hash makers would continually press and reheat the cannabinoids into sticky blocks. This heating and pressing process, on top of the storage and transport, led to much of the THC converting into CBN.

However, as long as a bud isn't too old, CBN quantity usually makes up less than 1% of all the cannabinoids. Since CBN is a byproduct of THC, it isn't possible to breed a high-CBN strain.

The only way to get a strain with a lot of CBN is to have it age like a fine wine. Simply throw some weed in a jar that isn't airtight and wait weeks or months. How is CBN Different From Other Cannabinoids?

To answer that question, we need to take a look at the endocannabinoid system (ECS). Cannabinoids affect us because they interact with the ECS and other proteins.

For instance, we feel high because THC interacts with CB1 receptors in the brain. To put it simply, receptors are a "button" that cannabinoids can press to cause something to happen.

On the other hand, CBD sometimes activates the CB2 receptor, which doesn't have any psychoactive effects and has an effect on the immune system.

CBN is unique because it can activate both CB1 and CB2 receptors. However, studies have shown that CBN has about a quarter of the potency of THC.

Despite that, CBN isn't generally psychoactive, but it may cause a slight head change if taken in extremely high doses. More often, CBN activates CB2 receptors and also activates another receptor called TRPV2.

What Does the Science Say About CBN?

Even though CBN was discovered over 100 years ago, there haven't been too many studies about it. Only recently has interest ramped up thanks to our current cannabis renaissance.

The fact that CBN can activate CB1 receptors but doesn't cause a “high”, has gotten researchers interested. One of the main uses for THC is to stimulate the appetite of cancer patients.

However, some cancer patients find the high from THC too overwhelming and uncomfortable. CBN could step in and cause appetite stimulation without a high.

The weak CB1 receptor interaction of CBN could also be great for people with glaucoma. Glaucoma is one of the leading causes of blindness and the primary reason many people get a medical marijuana prescription.

Once again, many people may not want to get “high”, and CBN could provide a non-psychoactive alternative for treating glaucoma.

CBN also acts similarly to CBD and can help protect neurons in the brain. Researchers found that CBN can delay the onset of neurological disorders such as ALS.

On top of all that, CBN may be a potent anti-inflammatory agent. Since CBN also works on CB2 receptors, CBN may aid people who suffer from inflammatory diseases like arthritis.

As we mentioned earlier, CBN also interacts with the TRPV2 receptor, which is found near the skin. Researchers think that if CBN is applied directly to the skin, it could help those suffering from burns.

CBN Is Not a Sleep Aid

You may have seen a post online about how great CBN might be for getting a good night's rest. However, that information may be misleading because CBN isn't a good sedative on its own.

People may have come to this conclusion because of how drowsy old weed makes people feel. As we mentioned before, CBN is more abundant in aged weed, so rumors began to spread that CBN is tranquilizing. 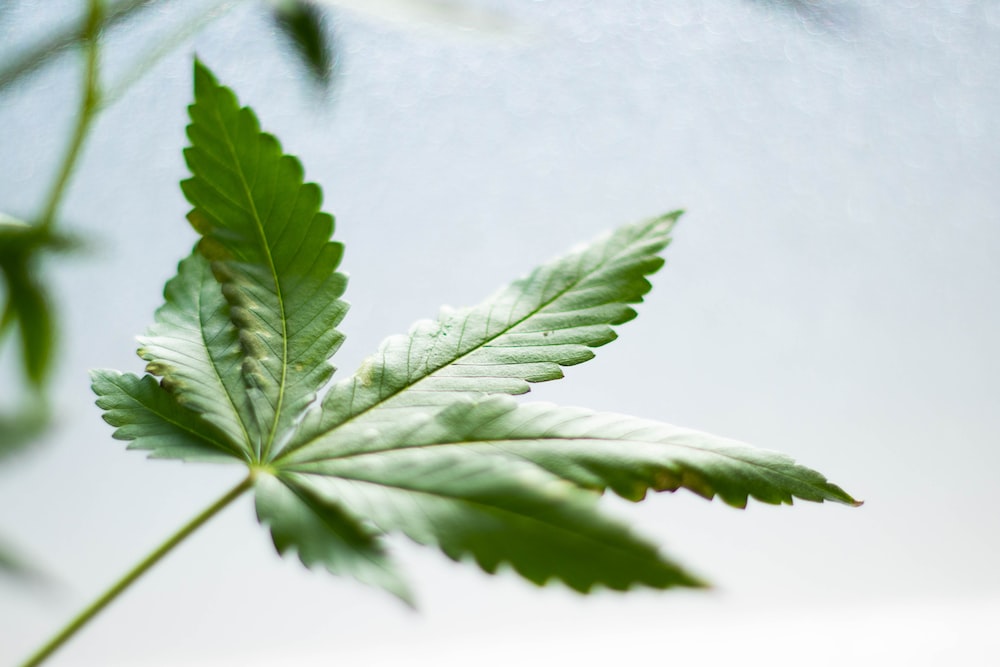 However, a study was performed, and researchers found out that CBN had almost no sedative effects. Basically, the researchers gave patients either THC and CBN, THC only, or CBN only.

The researchers found that the CBN-only group felt no drowsiness while the THC-only and THC + CBN group felt the same amount of sedative effects.

Old cannabis might have a more potent sedative effect due to the terpenes instead of the cannabinoids. One researcher hypothesized that aged cannabis also may have a higher concentration of certain types of terpenes that cause drowsiness.

Is CBN a Passing Fad or Here to Stay?

As we've seen, CBN may have some therapeutic qualities, but some of its potential benefits have been misunderstood.

If you're curious to try CBN, you may already get an adequate amount from full-spectrum or broad-spectrum tinctures. Both types of oils contain CBN in small amounts.

As with every cannabis product, finding the right dose is integral. Experiment on your own to find the perfect amount for you!

Everything You Need to Know About CBG